The Blame Game - About False Flags and overwritten MBRs 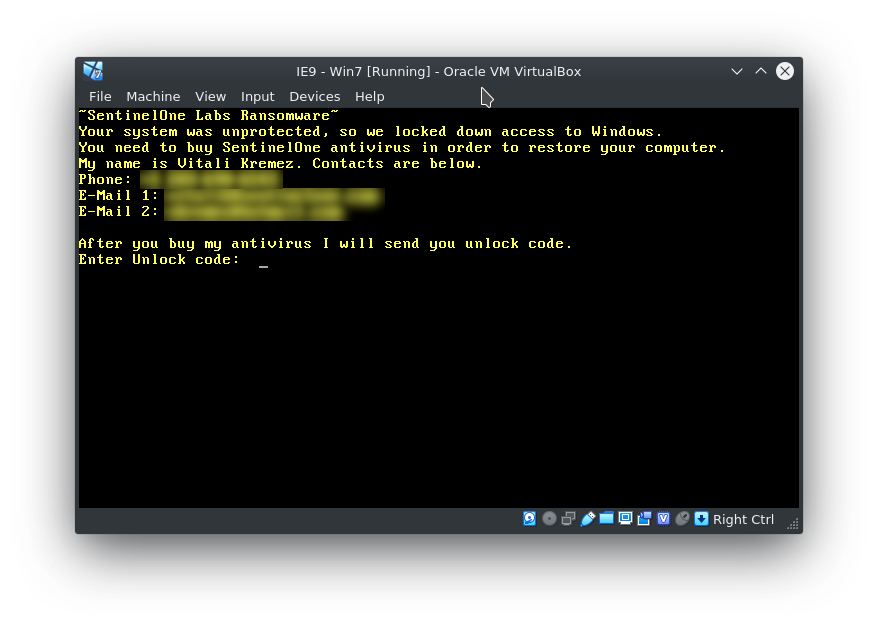 Let’s start right off with a short introduction: The Malware analyzed here is a so-called MBR (Master Boot Record) Locker. It is targeting (like most of the time) only PCs running Windows. The good news is: in this case there is neither encryption nor deletion happening on the file system so there’s a good chance for victims to recover their files. A possible mitigation for suers woulds be running MBRFilter which is developed by Talos Intelligence. Now to the Message displayed in the VM below: Pressing CTRL+ALT+ESC for a possible bypass / failsafe to boot the OS (described in this BleepingComputer article) doesn’t seem to work for this sample.


After Vitali published the tweet below a whole crowd formed in the emerging thread to please unlock their PCs. Both Vitali Kremez and MalwareHunterTeam made it clear multiple times that they are not affiliated with this campaign in any way, but some of the victims still seemed to miss this fact and got quite worked up about their PCs being compromised. Unfortunately this was not the first and won’t be the last time that respected ethical researchers are targeted in such decreditation acts. I’m not qualified to talk about any psychological reasoning behind such actions, but it’s either an attempt to a Denial of Service (Vitalis Twitter DMs and Mentions were filled with complaints and accusations) or looking for attention (not in this case because there were no hints on the malware actors) like the Maze Team.


[*] Beware: Some scams utilize my name and impersonate myself to amplify extortions. pic.twitter.com/wk9Mxkqxpz


After talking to a victim to clarify the infection method and origin of the malware I received a link to this pirated Version of Adobe Illustrator. Lures like this one are often trojanized with malware or straight-up malicious from the start like in this case. Obviously this cannot be considered common knowledge for every user and this is what criminals are taking advantage of for years and years to come. 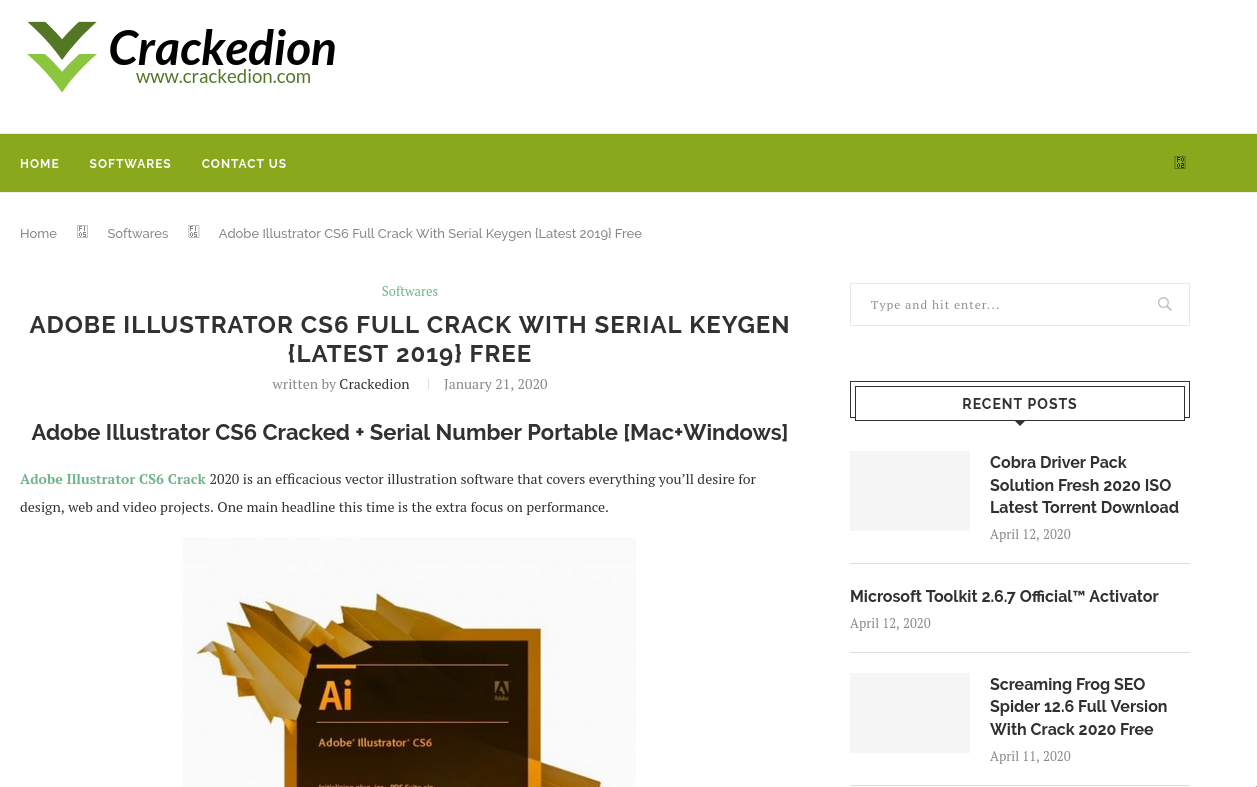 A quick check confirmed my suspicion that every download on this site is “spiked” with malware. The Filenames of the executables contain a unique-per-download string. The victim will be redirected to a second site where a user agent check for Windows and matching Browsers (IE, Edge) is performed. The executable is downloaded from another URL from a directory called ru53332 which might give us a hint as to where the malware originated from (this looks like a client subfolder, this host might spread other strains as well).

Below you can see a process graph of the Glupteba Infection generated by Any.Run. This is just a subsection of the whole graph and since there was so much going on it was pretty difficult to make out if the MBR Locker actually was delivered with this installer. None of my tests in VMs or on a physical test machine resulted in a corrupted MBR, so at the moment I can neither confirm nor deny that the Locker was actually delivered via crackedion[.]com.

Interestingly all the executables named WinmonX.sys had broken certificate chains which should be a red flag for AVs running on the vicitims system. There were startup tasks scheuduled for all three of these files. 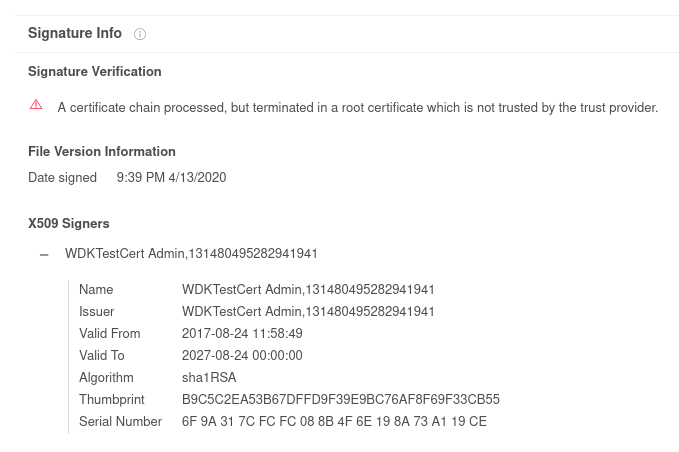 WinMonProcessManager contains a list of ca. 600 Anti-Virus executable names and it’s only purpose is to disable all AV services while the trojan does its “magic”:


The Detection Signatures from different engines on VT and the Intezer Analysis declared the dropped executables as parts of the Glupteba Trojan, which has been around for some time now. Additionally there were hints to another Strain called RanumBot that I have not ivestigated further up until now. In the screenshot you can see the windefender.exe sample that was submitted to Intezer. It was written in Go, packed with UPX and was stuffed with strings. I did not investigate this executable further, but at first I thought that this could have been the MBR Locker because it contains strings related to Poly1305/ChaCha20.

To show the effect of the MBR Locker on the OS Drive I simply used a live system to write the first sector of the Disk to a file ( sudo dd if=/dev/sdX of=mbrdump.bin bs=512 count=1 ). The top dump shows the standard MBR contents and below is the corrupted version displaying only the message to the user.

Reading the imports with Rabin2 there’s nothing out of the ordinary, but there are a few things I wanted to see here. I expected to see CreateFile, which would be used to write the MBR Text playload to the first sector of the disk (\\.\PhysicalDrive0) later. Unlike Petya, which checked whether the PartitionStyle of the drive is actually an MBR (via DeviceIoControl), this MBR Locker isn’t too concerned about that. There is also some generic anti-debugging via IsDebuggerPresent, but I didn’t expect any further measures since the overall design of the malware is very poor.

Taking a look at the sections of the binary we can spot a .upx section. This looks suspicious because a sample packed with UPX would have three sections named upx0 (packed), upx1 (stub) and optionally upx2 (unpacked) like in the image below.

Printing the contents of the .upx section we can see that the text payload is encrypted. 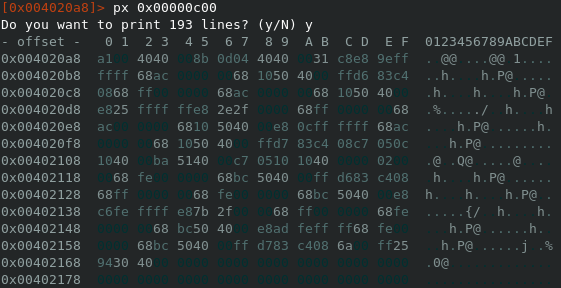 The decryption routine is found very quickly since the executable only contains three functions in total. As one might have guessed already the text payload is XORed and therefore has to be decrypted before writing to the MBR. The screenshot below shows the decryption function and south of that you can see the text extraction out of the .upx section we discussed earlier. 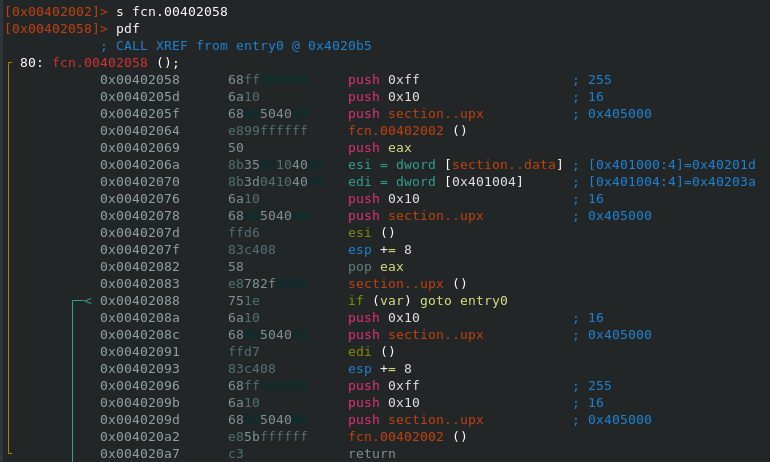 The good-ish news is, that in this case the changes made to the Master Boot Record are reversible with a Backup of the MBR Sector. Alternatively victims can try to repair the MBR with Microsoft’s bootrec /fixmbr and /fixboot. Sucess in this case depends on the partition style of the Windows install (since the MBR in GPT layouts is reserved for protective Reasons; on MBR installs bootrec may not be able to recover the Partition table because the whole sector is overwritten. See Vitalis Tweet here). I verified on a physical GPT install that LBA 1 and following is not affected by the MBRLocker and should keep the GPT recoverable. TestDisk is theoretically capable of recovering both partitioning layouts. I’d advise victims to use File Recovery software like Photorec as an option for data recovery if a clean install is necessary.

In one case a victim contacted me about an additional STOP Ransomware Infection (.mpaj extension, online keyed), but at the moment I can’t confirm that this incident happend in conjunction with the pirated Software Installer / MBRLocker.

As there is currently no public sample of the second version of the MBR Locker I will update this article once it is available. Stay tuned :) 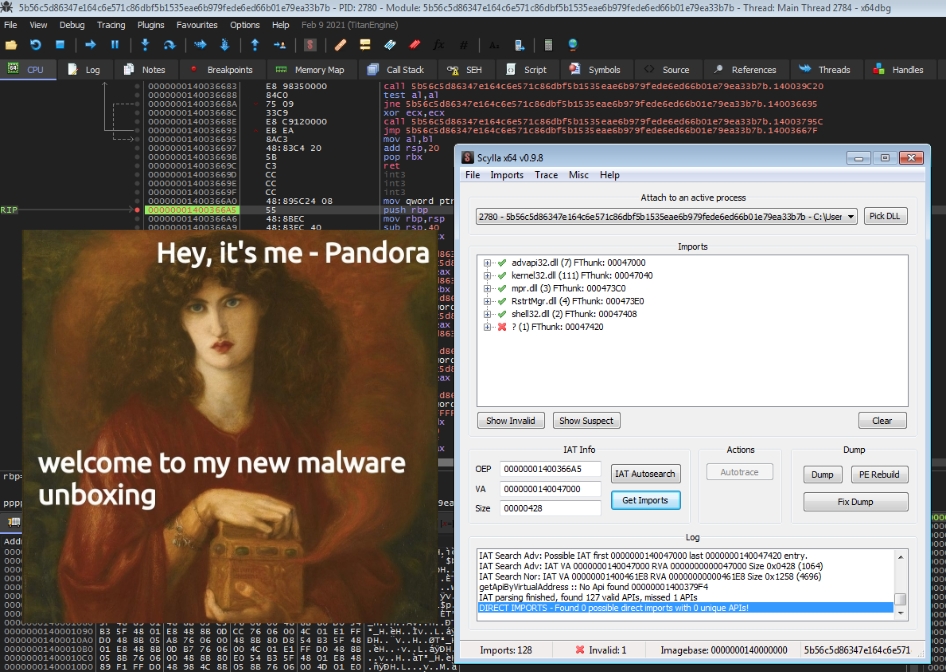 Quick revs: Pandora Ransomware - The Box has been open for a while...

Hey there, I’m finally getting around to introducing the new post category “Quick revs”, which will feature short write-ups of various malware … 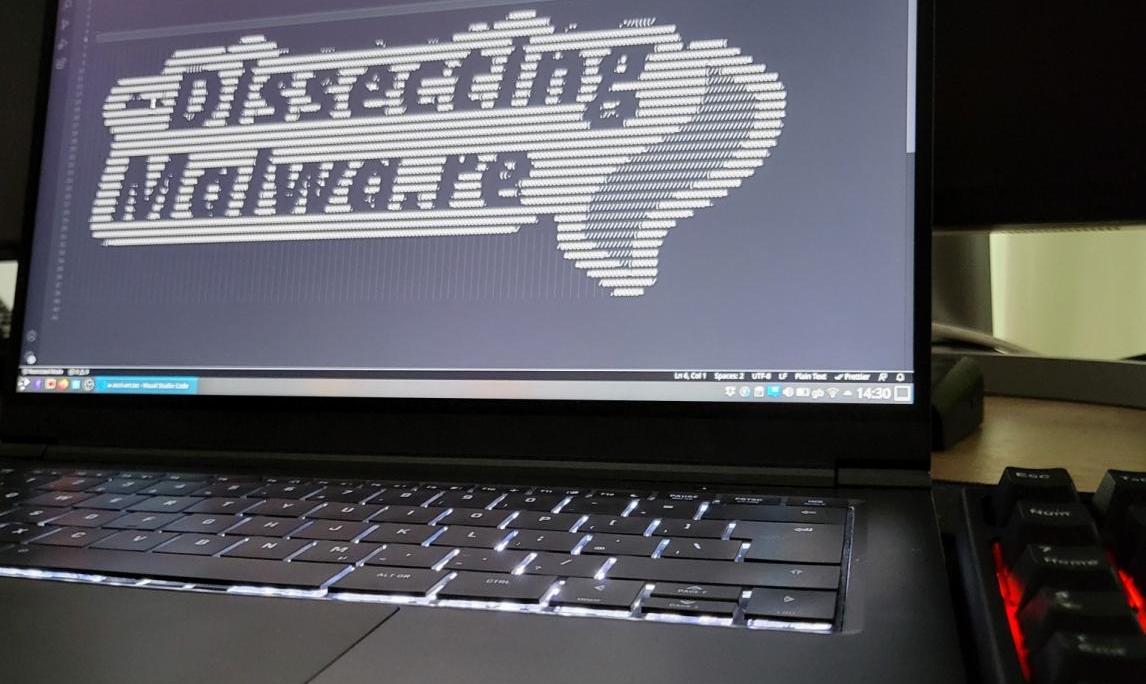